EDIT: I'm not updating this post anymore! For a more up-to-date archive of my hair retextures, go to my cc tumblr.


I thought it might be easier to find hairs one want sif they're all in one place. In the future, I'll try to add direct links to each download. The uploads are sorted chronologically - the newer the file is, the closer to the bottom of the post.

"Cut that out!" Puck snapped, turning towards Juliette and almost toppling over in the process. The pond's bottom was soft and sludgy, making the teens sink up to their ankles and wetting the edges of Puck's rolled-up trousers. He wished he had just shucked them off, girls or none.

His flashlight skipped over Hermia; she hitched up her skirt and tied it aroung her hips, too shy to get it up any higher, and the expensive white fabric was soaked with pond grime. He hoped it would wash off. He modestly directed the light onto her face, and saw that it was streaked with tears. 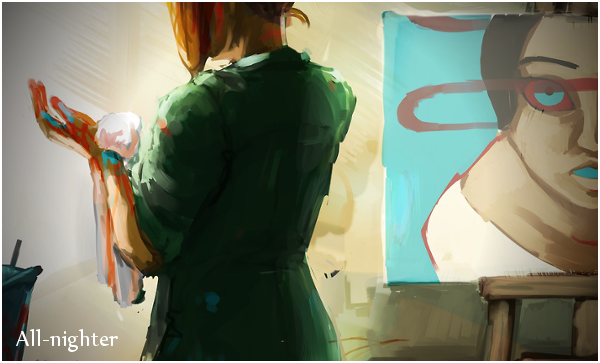 Natasha rolled her shoulders a couple of times and arched her back, breathing deeply.

Until about two minutes ago, she hadn't realized how sore her shoulders were from hunching and leaning in close to the canvas all night. It was a habit she really should kick, but she honestly didn't see how: when she painted, she would forget about the world outside of the expanse of fabric and palette, and step away hours later to realize her tea's cold, sun has risen, and she needed to pee really badly. There was no helping the way her body took a backseat when she needed to paint. 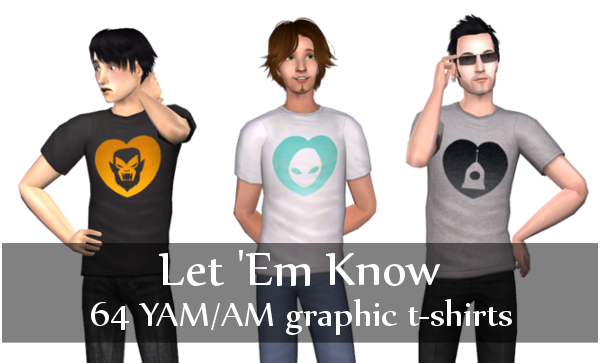 I shared a set of male tops in this month's GoS theme! 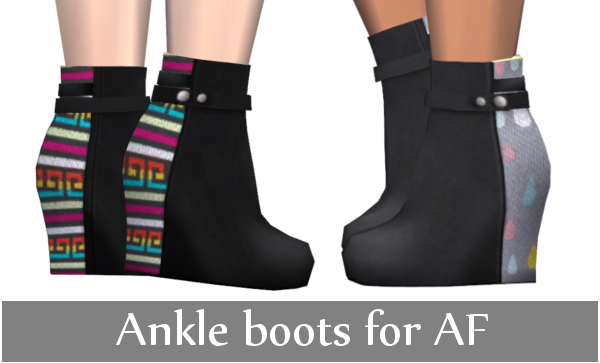 What the heck, I was sure I posted this here!
Anyway, A couple of weeks ago I made a new shoemesh and planted it on a pair of shorts and a dress. You can find them here! 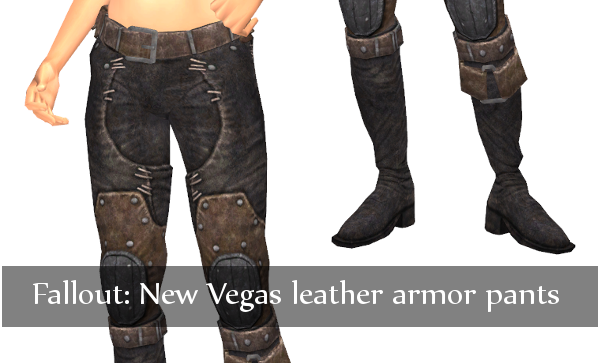 Ok, so I don’t consider this fully finished. There’s still several places where the bone assignments could be ironed out, there’s not fat morph, and it was meant to be a full-body outfit, but the shoulders gave me so much trouble I decided to leave the for another day, but I think they're in shareable condition. I won’t be uploading it to GoS yet, but if anyone doesn’t mind those things I mentioned, here are the AF pants. (the assignments on the boots are fine, I’d say, so if anyone wants to make shoeswaps, go for it!)

I have absolutely nothing in my game that matches these.

The fine folks at Obsidian Entertainment for design/mesh/texture

Whoever made the Fallout modding tools, and made them in a way that doesn’t require three thousand additional .dll files 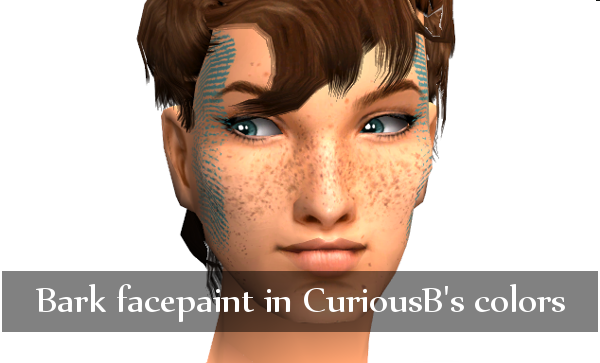 That facepaint I made for Skellington7d for last year’s Christmas in July, in more colors than anyone would ever need. The swatch goes alphabetically from left top corner to bottom right. They’re enabled for all ages. 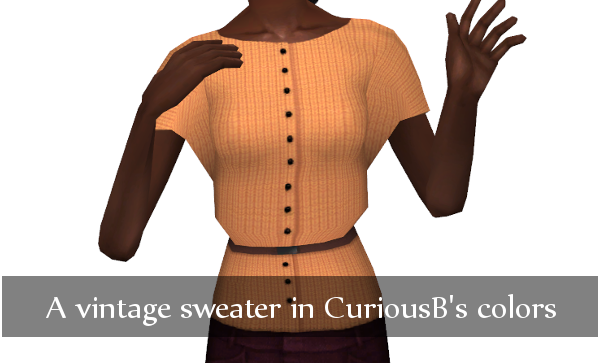 I noticed a lot of people using the sweaters I made for Lolabythebay, and I wanted to fiddle with CuriousB’s lovely color actions, so there you go! I used all colors except for Jet, since there was a pretty much identical color among the first eight. Also, I darkened the shadow a bit, since I disliked how pale it was in the previous version. Which means, yeah, 41 packages. The swatch goes alphabetically from the top left corner, and all files are named.

If anyone, for some reason, wants the recolored textures, shoot me an ask, I still have all 82 of them. :V 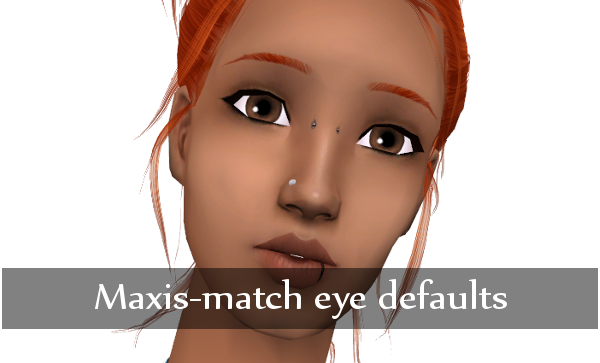 An anon on tumblr requested defaults of these eyes, and I got a little carried away.
There are from 3 to 4 choices for each natural eye color. The werewolf eyes come with Maxis' face texture (since apparently werewolf skins work like facepaint... the more you know), Vampires have no skin overlays, and plantsims and genies use Leh's skins. That means that if you're using different skin defaults for plantsims and werewolves, your sims will have mismatched bodies and faces. Nothing I can do about it, I'm sorry.
All eyes have Maxis' sclera; werewolves have a darker one, and plantsims have green-tinted ones.

Credits:
Remisims for the supernatural .package files, which I used as templates 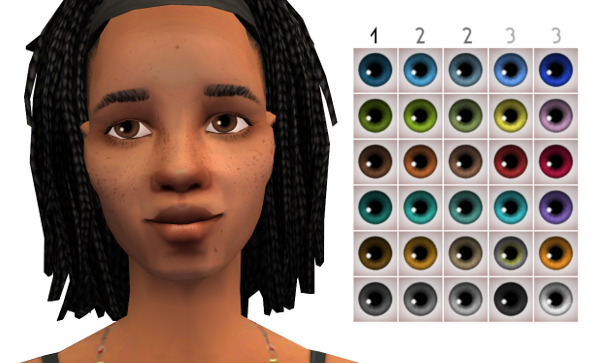 I wanted to wait with posting these, and make them a part of my next followers’ gift, but I hate holding onto something when I know it’s ready to be posted. :[

Their genetics values are as labelled on the swatch - the dark naturals are dominant, pale and vibrant naturals are recessive, and the RvB ones are very recessive, since the colors are kind of outrageous

They come in either custom or townified + geneticized version; you can have only one in your game!

look guys I have new icons
my life is exciting
Collapse